Oh, Christ. When the email announcement said something about medieval sword fights I knew I was going to hate this. Now, don't get me wrong. I LOVE sci-fi/fantasy, and I LOVE metal. What I don't love is metal about sci-fi/fantasy, for some reason.
Author 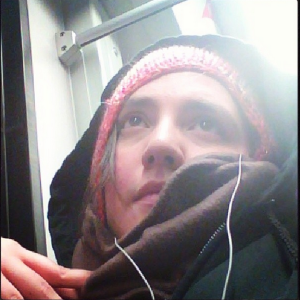 Oh, Christ. When the email announcement said something about medieval sword fights I knew I was going to hate this.

Now, don’t get me wrong. I LOVE sci-fi/fantasy, and I LOVE metal. What I don’t love is metal about sci-fi/fantasy, for some reason. Even though I can get in on some Cradle I just can’t with Maiden. It’s weird. I’m even in a horrorcore band directly inspired by Iron Maiden, but I just can’t get into them. I don’t know what it is.

By rights I should love everything about this: The musicians are easy on the eyes, their technical abilities are killer, the vocals are good and harsh, but fuck – I just… I can’t.

But maybe you can. Here, try it out.

Get a load of that epic power-stance and the synchronized but dissimilarly oriented headbanging. And it’s obviously cold, but does Parker Jameson (who also does keyboards, orchestral programming, and production) cancel the gun show? Hell no.

For another preview of the album, fans can listen to the track “Sword, Spear, Blood, Fire” or watch the video for “Fires of Life“.

Right after Fires of Life is released (April 30th in North America and May 13th in Europe), the band will head out on tour with HYPOCRISY, KRISIUN, ABORTED, and ARSIS. STARKILL will also play a few headlining and supporting shows after their stint on the trek. See below for all upcoming tour dates:

*=with HYPOCRISY, KRISIUN, ABORTED, ARSIS
**=with ARSIS
***=with 3 INCHES OF BLOOD

Six Feet Under: “Nightmares Of The Decomposed” Album Review