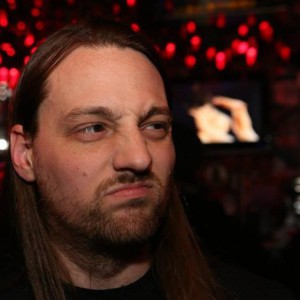 This has been a tough year, for many reasons.  In this specific case, there were a ton of bands who put out albums this year that I love.  Some of them took more chances on their musical journey than others so I’ve chosen to heavily factor that into this list.

1. Katatonia: The Fall of Hearts

Katatonia’s last few albums have made my “best of …” lists, and much like Evergrey, they have been experiencing a renaissance and making awesome albums.  The Fall of Hearts, again like Evergrey, follows a more progressive path than they ever have before.  The result is by far, the best album they’ve ever written.  There are days in this past year that I listened to this album three or more times in one day.  It is emotionally and intellectually stimulating.  It is beautiful and haunting.  It is inspired and focused.  It is, at this point, a top 10 desert island album for me.  Simply stunning, and so often the emotional respite I needed this past year.

This album also took me several listens.  I honestly don’t like it as much as the three previous albums they’ve released.  That said, it’s number two because that’s how amazing Gojira are.  The innovation in this album is what I find less appealing than their last three, but I respect the journey all the same.  They chose to explore more melancholy themes, unafraid of the fact that people like me would sometimes rather hear a scream than a clean note.  Despite the things I would have done differently (like that matters to them) it is an amazing album.  Songs like “Only Pain” and “Silvera” are some of the best they’ve ever written and rip your heart out mid mosh.  They have been and continue to be the most exciting band in metal.

I have to step out of the theme a bit here as well.  This album doesn’t show growth or innovation from the band, but aside from an errant blast beat here or there, it’s by far the most focused and successful album from the band to date.  I’m not a huge fan of the Djent genre as a whole, but in every subgenre of metal there are always a few bands I love.  Plainly, I can’t get this album out of rotation.  The songs are crazy-glue sticky and they have perfected the balance between prog, riffs and beautiful melodies.  “The Way News Goes” may be the perfect example of what this genre is capable of.

4. Night Verses: Into the Vanishing Light

Night Verses are an undiscovered gem.  Probably one of the most deserving, and least recognized new bands active today.  This new album builds on the desperate melody of their first one, growing to a fever pitch.  I did not expect it to be as progressive as it is, and honestly, it took me a few listens to really understand it.  Better than just about any other band I know of, they take you on an emotional journey that feels unsettled yet beautiful, leaving you scrubbed raw and exhilarated.

This is probably the least innovative album in my list, but I had to include it because it just kicks so much ass.  The innovation here is in the nuance of the songs.  It’s in their willingness to drop the tempo and write melodies that some might not consider “thrash”.  Those people would be very wrong though.  Each song maintains it’s intensity and the album continually surprises you with hooks and twists you didn’t expect.  It’s a refreshing example of how to write an album that feels fresh, in a genre that sometimes seems like it’s run out of ideas.

Brooklyn’s Gojira – this time produced by Joe from Gojira, fresh off tour with Gojira.  As clever as that is, reducing what they do to a direct comparison does them a disservice.  They really are more like Dillinger Escape Plan meets Meshuggah meets Gojira – and then some of their own flavor.  The aggression and dissonance they deliver is unsettling, primal and simply destructive.  Yet, they never forget to groove.  They are one of the most unique and emotionally resonate bands I’ve ever heard and Meta is the most focused album they’ve released yet.  I’m proud to hail from the same city.

7. Evergrey: The Storm Within

The Storm Within is the tenth album from Evergrey, and the second since Henrik Danhage and Jonas Ekdahl rejoined the band.  The first album with the reformed lineup was my number one album in 2014.  The band are better than they’ve ever been, and it would have been easy for them to just pump out another album of songs in the same vein.  However, that’s not what they did.  They pushed themselves in a more progressive direction than they’ve ever gone before.  The result is less “hits” but a far more exciting, compelling and epic listen.

Winters Gate is less innovative from a musical standpoint than it is from a conceptual one.  That said, the music is as awesome as it always has been.  The album concept was developed from a piece of fiction written by bassist/vocalist Niilo Sevanen.  Having that story to guide the band has clearly reinvigorated them.  The 40-minute-long piece of music aurally takes you on that journey.  It is the score to the story, following the moods and emotions the same way such music is written for movies.  It is an inspired album that helped one of my favorite bands refocus and stretch themselves, which I am sure will only help to inspire their coming albums.

HELLYEAH have been through more evolution than any other active rock band I can think of.  They began as supergroup jamming with no stated intention other than having a good time, explored a southern/outlaw feel and are now finding their own unique voice within heavy music.  It’s been great to see them develop and inspiring to see the dedication to their own vision.  All musicians can take inspiration from their focus and refusal to compromise their vision or journey.  In this new album they have defined a sound that is unique and in keeping with their proven talent, is chock full of hits.  Balls, Volume, Strength – HELLYEAH.

10. Fire From The Gods: Narrative

If you’ve been reading SkullsNBones top 10 lists for a few years, you’ll likely expect that I’m going to throw in an album or two that’s left of center shall we say.  Fire From The Gods are an exciting, young band on Rise Records.  They are absolutely commanding on stage and have managed to write and record an album that perfectly straddles the line between the “scene” world and the heavy end of Active Rock radio.  I believe they will be one of the more important bands of the coming years.  Remember, heavy bands who appeal to both kids and the radio crowd, are the gateway to the metal we love.  Their singer, AJ Channer, is one of the hardest working, most honest guys in the game, and I’m looking forward to their success – for the band, and for the rest of metal.

Testament: Brotherhood of the Snake

Meshuggah: The Violent Sleep of Reason

Anthrax: For All Kings

Candiria: While They Were Sleeping