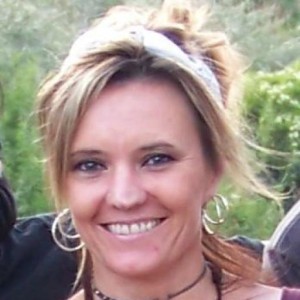 It would be easy to discount Anialator’s return to the stage as just another comeback until you hear their new EP Rise to Supremacy and see their intense live show. Based out of Corpus Christi, Texas, Anialator‘s new songs are a raging version of modern thrash that is very heavy, hooky, and fast. Vocalist Angel Gonzalez and bassist Alex Dominguez joined us for this interview.

Does the title of your new EP Rise to Supremacy double as a reference for Anialator’s return in dominating the stage?
Angel Gonzalez: Actually the lyrics and titles of the songs are what lead to the EP’s name. I’ve always been into dark, apocalyptic, futuristic, doomsday-style lyrics but with truth.

What do you think has changed in the sound and vibe of your songs over the years?
Alex Dominguez: On the new EP the production is 10 times better compared to the old recordings. Also, having members who have spent a lot of time in the recording studio throughout the years has helped beef up our sound. The vibe on our songs has not really changed. We still love the speed and heaviness.

Rise to Supremacy is your best work so far. How have you evolved as musicians to create the songs on Rise?
AD: Playing in different bands over the years has sharpened our writing skills. We are all fans of metal music as well. When we started writing the EP, we all decided to write individually. We brought what we had written to the table and picked the best four songs. Not one song sounds like the other. In my opinion, that made the EP sound fresh. What I mean by fresh, when you push play it does not sound like one continuous song. Each song has its own unique vibe. The last song creation, “Black” was a group effort, with everyone incorporating ideas to craft the song.

What was the inspirational spark that brought the band back together to create the EP?
AD: It was the power of the Internet and Ebay. Our EPs were being sold on Ebay and a new generation of metalheads were discovering Anialator‘s music.  We already had a cult following and it was growing.  I was late to join to Facebook.  In 2014 when I joined I began to receive messages from fans, promoters, and magazines wondering if Anialator would re-group and play again. I started an Anialator Facebook page and it blew up from there and took on a life of its own. It was obvious Anialator needed to revisit the metal scene. It was never Anialator‘s plan to put out new material. We just wanted to play the old songs live. Around October 2016, a friend of mine, John from Weird Faced Productions out of Greece, introduced me to Dave Sanchez, a.k.a. Dave “Rotten,” owner of Xtreem Music. Xtreem Music asked if they could release our back catalog on CD with unreleased tracks. After a few months of sending him music, pictures and artwork for the Mission of Death CD, I asked if he would be interested in new music from Anialator. I told him we had five new songs. He then agreed to release the Rise to Supremacy CD.

What are some of the subjects you tackle in your lyrics?
AG: Chaos, destruction, doomsday, mental disorder, loss of faith, sinister as FUCK shit, LOL.

What is the most exciting thing about Anialator being back?
AD: The response from our diehard fans and the new growth in our fan base. Playing live again with large brutal crowds. Walking on stage, opening up for whomever and crushing them.

Do you have any people you’d like to thank for their support along the way?
AD: My band members, Armando Valdez, Angel Gonzalez, Roland Torres, OJ Landa, John from Weird Face Productions, Dave ‘Rotten” Sanchez from Xtreem Music, all the promoters who have reached out, all the magazines and internet radio stations who have taken the time to review or play Rise to Supremacy, MGI Management and Shawn Barusch, my family and the FANS!!

What’s your favorite aspect of being musicians?
AD: Being able to create a sound that moves the masses.

Will there be any music videos from Rise to Supremacy?
AD: Hopefully by the end of 2018.

What about touring? What are your goals and plans?
AD: Recently, we signed on to MGI Management who is working hard to promote Anialator and score some upcoming tours.

Anything else you would like to add?
AG: We are a thrashcore band from 1986 – old school as FUCK!!  We have been gone for awhile but now we are BACK and here to DESTROY!!  We will see you crazy motherfuckers on tour soon!!
AD: If you guys would like to hear Anialtor‘s latest song called “Dead World Spiral” check out the Combat Bullets Vol 1.0 compilation from Combat Records. This Fall 2018, Anialator will be destroying stages across the US.  Come drink a beer and enjoy the show.  Thank you SkullNBones for allowing Anialator to get our story out.  CHEERS!!