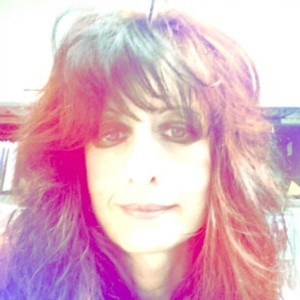 In Crash Team Racing, a player controls funky characters in funky karts found in the Bandicoot universe. The player can steer the karts, make them accelerate, brake, hop, or use power-ups and weapons. And, of course, there are the crashes. If there are no walls, the kart flies off the ledge and the mysterious, magical Aku-Aku comes in for the save, puts the kart back on the track, and the player starts all over again.

What’s Crash Team Racing got to do with any freaking thing? Welcome to the ride of Mercenary Retrograde, Hessian’s upcoming sophomore release. No manic fretwork, breakneck double bass, bang-your-head-’til-you-bleed tracks will be found on this album; there are moody, enigmatic vocals, some infectious guitar solos, loose jams, and plenty of pissed-offedness. Be prepared to be smacked in the face with unpredictable tempo changes and cringe-worthy, purposefully off-key song creation – some serious what-the-fuck moments.

Lyrically, Hessian have proclaimed that this album is all about “sex and death, which is what all good metal albums are, at heart, about.” The album’s first track, “I Wish I was Dead,” begins war-marching snare drums which roll right into guitar riffs, and even a short, but sweet, glimpse of the vocal harmonies which were prevalent in their debut album, Bachelor of Black Arts. The third track, “Legpuller,” has a Deep Purple (“Burn”) meets The Clash (“Rock the Casbah”) vibe. An unlikely pairing for sure, but the song is about a legpuller who hopes someone breaks their neck and dies. The sixth track, “The Viper,” is almost consistent, with its ’70s retro/stoner kind of Pentagram-ish sound, and doesn’t slam on the breaks for a vocal outburst or tempo change. On the last track, “Manos The Hands of Fate,” the band, in keeping with their seeming love for unpredictability and impulsiveness, end their album with these final words, “The master would not approve.”

With that said, Hessian‘s Mercenary Retrograde is a decent album. It is schizo and all over the place. Yet, there is a bizarre union of early rock and metal, proto-metal and post-punk, which crash together somewhere south of center and create something infectious. It’s kind of cool to hear a band step outside the genre box and create something different. It’s worth the listen.

Mercenary Retrograde is out on September 14 on Urtod Void/Blasphlegmy Records. Buy it here!